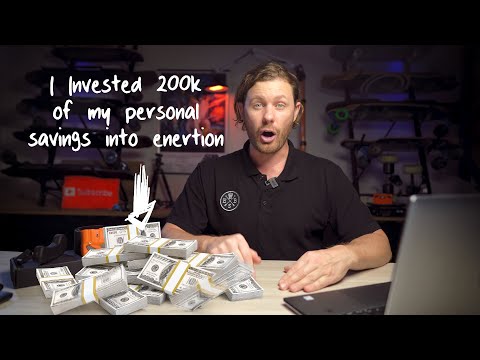 Jeffery Friesen is a PhD Candidate who graduated from UC San Diego with a degree focusing on Robotics and Embedded System Design. Jeff came to Jason Potter, the founder of enertion, asking for help to bring his ideas into reality & make a product that esk8 builders could utilise to build better electric skateboards.

Jason & his company Enertion were always interested in developing new products that made building electric skateboards easier & more affordable for the punters. Jason agreed to work with Jeff & Develop his ideas, Enertion offered Jeff a contract and the funding needed to further develop his prototype into a commercially viable product suitable for consumers. This product would be Called Focbox Unity.

Jeff resigned in 2019 and soon after started working with one of enertions biggest customers Lacroix. A few months later, Lacroix released a product that is extremely similar to the products that enertion paid jeff to develop.

By taking a new contract with a competitor, and former customer of enertion, Jeff has found himself in a tricky situation in regards to the misappropriation of intellectual property that was never handed over to enertion.

Instead of acknowledging & taking responsibility for his own actions, Jeff made a video aggressively attacking & disparaging his former employer Jason Potter.

The timing of jeffs video suspiciously coincides with the announcement made by Jason about his new company called Massive Stator Pty Ltd that will be focusing primarily on rapid delivery of the new improved Focbox Unity for the all-new lower price of $199USD.

This video is Jasons Response to Jeffs allegations and attacks.