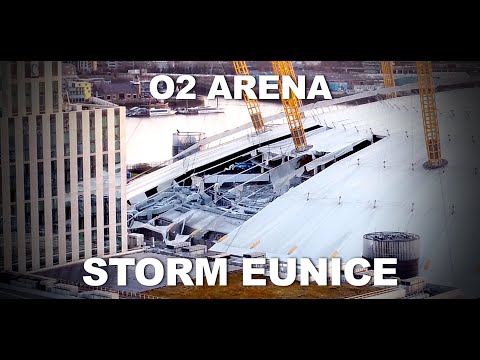 With wind gusts approaching 196 km/h (122 mph – Isle of Wight) the storm ripped off the roof of the 02 Arena in London. The 02 Arena, formally the Millennium Dome, is a large entertainment venue in London. It is the largest indoor arena in the United Kingdom. A powerful storm like the Storm Eunice however managed to blow off the "architectural membrane" made of fiberglass and polytetrafluoroethylene. The storm also caused widespread power outages and damage to property across southern England. Filmed using a Mavic Mini 2 Drone.

Check out my channel for London Drone videos.